Having stayed away on a few stormy nights now I realised it was about time I did some­thing to keep the van steady in a strong wind. Rain is not a prob­lem, if it’s real­ly heavy I just use ear plugs to block out the sound, but the wind tends to jolt the van which is annoy­ing when try­ing to sleep.

I remem­ber read­ing some time back on the use of bot­tle jacks instead of wheel ramps. This seemed like a good idea as it means less roll on the sus­pen­sion. They’re prob­a­bly about the same price as some wheel ramps but take up a lot less space.

This does­n’t stop the van mov­ing all togeth­er mind you, but my first test was in 40–50MPH winds and as soon as they were added, the dif­fer­ence could be felt. Not only is the van much more stur­dy, but I can also lev­el it off fair­ly eas­i­ly. I found the best way of using them was to put one under the front near­side jack point, and one under the rear off­side, rais­ing one side more than the oth­er, depend­ing on lev­el of ground but always rais­ing both in order to take the strain off the sus­pen­sion.

As it was a bit of an impulse buy on the way to a camp­site on a windy week­end, I bought mine from Hal­fords, but you can get them fair­ly cheap and pos­si­bly bet­ter online.

Any­way, thought I’d share this if any­body else if hav­ing prob­lems with wind (errmm!) 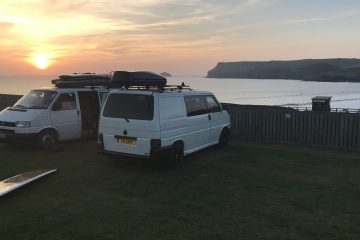 Video of trip to Cornwall in May 2017 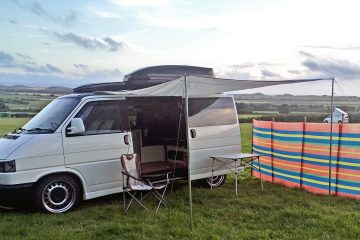 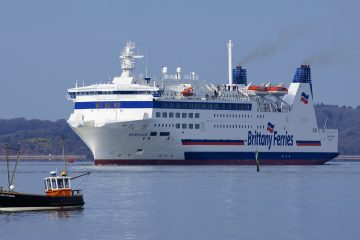 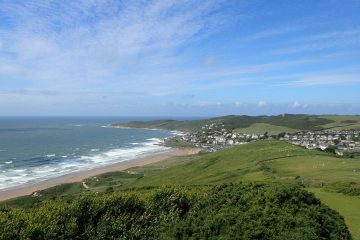 The Gold Coast of Devon on the first weekend of July